Medical groups without a designated physician leader can do fine. However, most will just meander along without being at the top of their game. They often lack an edge that could and almost does cost them significant dollars.

For example, I’ve worked with practices in which the founder/leader facilitated numerous initiatives (e.g., introduced new services, improved managed-care payment, branched out into another specialty) that have handsomely benefited everyone in the practice. In these cases, I know for a fact the partners make more money than he or she would otherwise. That’s what leadership can do for any physician group practice. A trusted leader can pull a group out of its comfort zone—or even a rut—to explore new opportunities that often turn out profitable and exciting.
And don’t forget that when practices are in trouble, it’s often because due to a lack of real leadership. I have seen either complacency on the part of the practice manager while doctors simply yield to that person without really taking control or an interest in the forward movement of the practice.

A good physician leader is someone who can inspire a group to get together, col¬laborate, and stretch themselves to go where they haven’t been interested or thought they could go in the past. Whether there’s a feeling that the medical group is not reaching its potential, its business is sliding, or troublesome changes exist or are on the horizon, it’s never too late to establish physician leadership. It’s so easy for groups to get on a downward slippery slope where nobody’s minding the store and find themselves in a heap at the bottom. Rather than expending the time, energy, and money to pick you up, true leader¬ship can prevent a group practice from getting to that point in the first place. 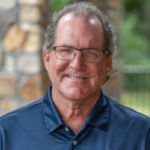